Great value - personally tailored systems with the latest technology - don't miss out on a FREE no obligation quote and call 01604 758547 today. 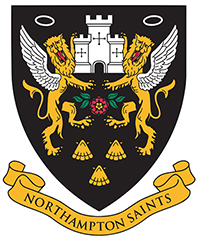 Get a FREE security Assessment Today

Scorpion Security was founded in 1990 by Michael Bennett following his long tenure with the UK largest Security provider at that time, Securicor – now known as G4S.

Initially a Manned Guarding company, Mike created the Scorpion branding and the striking high-profile response vehicles that others now replicate across the security industry today.

As Electronic Security Systems became a more cost-effective solution, the company broadened its horizons when Mike’s son, Mark, joined the company in 2001 bringing with him a wealth of knowledge in this field.

Scorpion Security has continued to organically grow and now boasts an enthusiastic, professional and committed team of employees, an extensive wide- ranging client base and accreditation to both solidify and support the importance of customer service that Mike first instilled over 30 years ago.